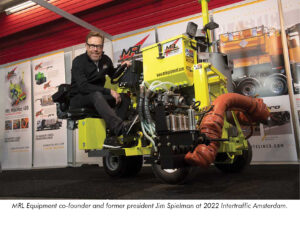 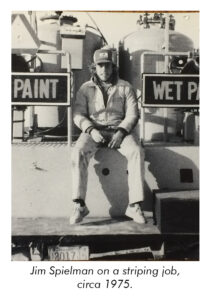 Jim began his tenure in the industry in 1974 on road striping crews with Swanston Equipment Co. from North Dakota. With Swanston, he traveled extensively, striping projects in over 20 states before turning 25. After working for Swanston for eight years, Jim started a parking lot painting company in Salt Lake City, Utah. He operated this company for a few years before joining two other industry equipment manufacturing companies in Sales and Sales Management roles.

Jim’s career with MRL Equipment was marked by accomplishments, from sales and operations management to rapid expansion and acquisitions of complementary product lines. Every strategic step raised the bar for road and airport striping equipment, and MRL Equipment thrived under Jim’s leadership. By 2005, the Montana-based company surpassed competitors to become the largest road marking and marking removal equipment manufacturer in North America, which it remains today.

A Legacy of Excellence 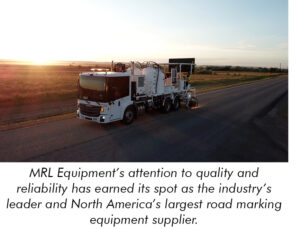 2019 was a benchmark year for MRL Equipment. As the company celebrated its 30th anniversary, MRL Equipment and its HighMark subsidiary were acquired by Federal Signal Corporation. Federal Signal is a world leader in manufacturing with over 3,900 employees in more than 20 business units, offering a suite of products and integrated solutions for municipal, governmental, industrial, and commercial customers.

Long-time customers can be confident in the leadership transition at MRL Equipment. The Federal Signal subsidiary will be guided by General Manager Duane Johnson, Director of Operations Ben Schmitt, and Manager of Striping Operations Jonathan Gonitzke. The team has worked closely with Jim to prepare for his retirement.

A striper at heart, Jim is most at home on the road. His retirement plans include travel and adventure with his family, skiing, flyfishing, bird hunting, and catching up with family and friends.

Please join us in thanking Jim for his leadership, vision, and significant contributions to our industry. If you’d like to share a message with Jim, send your good wishes to info@markritelines.com. Messages will be shared with Jim at a formal celebration in his honor in late July. 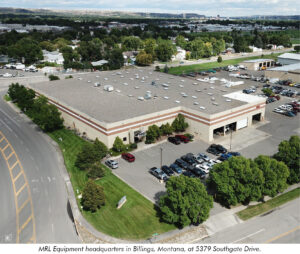